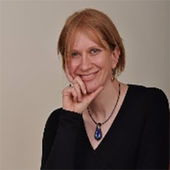 Lisa Seeman works for IBM Research as an accessibility and inclusion research engineer. She is a globally-recognized expert in inclusive design, accessibility, web interoperability, and the semantic web. Lisa Seeman is currently the facilitator of the Cognitive and Learning Disabilities Accessibility Task Force (COGA). COGA is a task force of the Web Content Accessibility Guidelines (WCAG) who make the international accessibility standards, that is the basis of Israeli law. Lisa is a pioneer on inclusive design across barriers of abilities and neuro-diversity such as Cognitive and Learning Disabilities and improving usability for the aging population. Ms. Seeman has been an invited expert for the W3C and WCAG since 1999. In 2006 she became the original author and editor of the Roles for Accessible Rich Internet Applications specification and the States and Properties Module for Accessible Rich Internet Applications which then became the specifications for Accessible Rich Internet Applications (WAI-ARIA) for the W3C. She is also a named contributor to the Web Content Accessibility Guidelines (WCAG) 2.0. Previously, Ms. Seeman headed a government funded incubator project that culminated into an independent company (UB Access). She closed the initial investments for UB Access in 2002, and negotiated the successful closing of the sale of UB Access to Aequus Technologies Corp. in 2006. Lisa acted as CEO For the company until 2009. She also ran a research and consulting company Athena ICT and consulted for the EFPC research and consulting group.